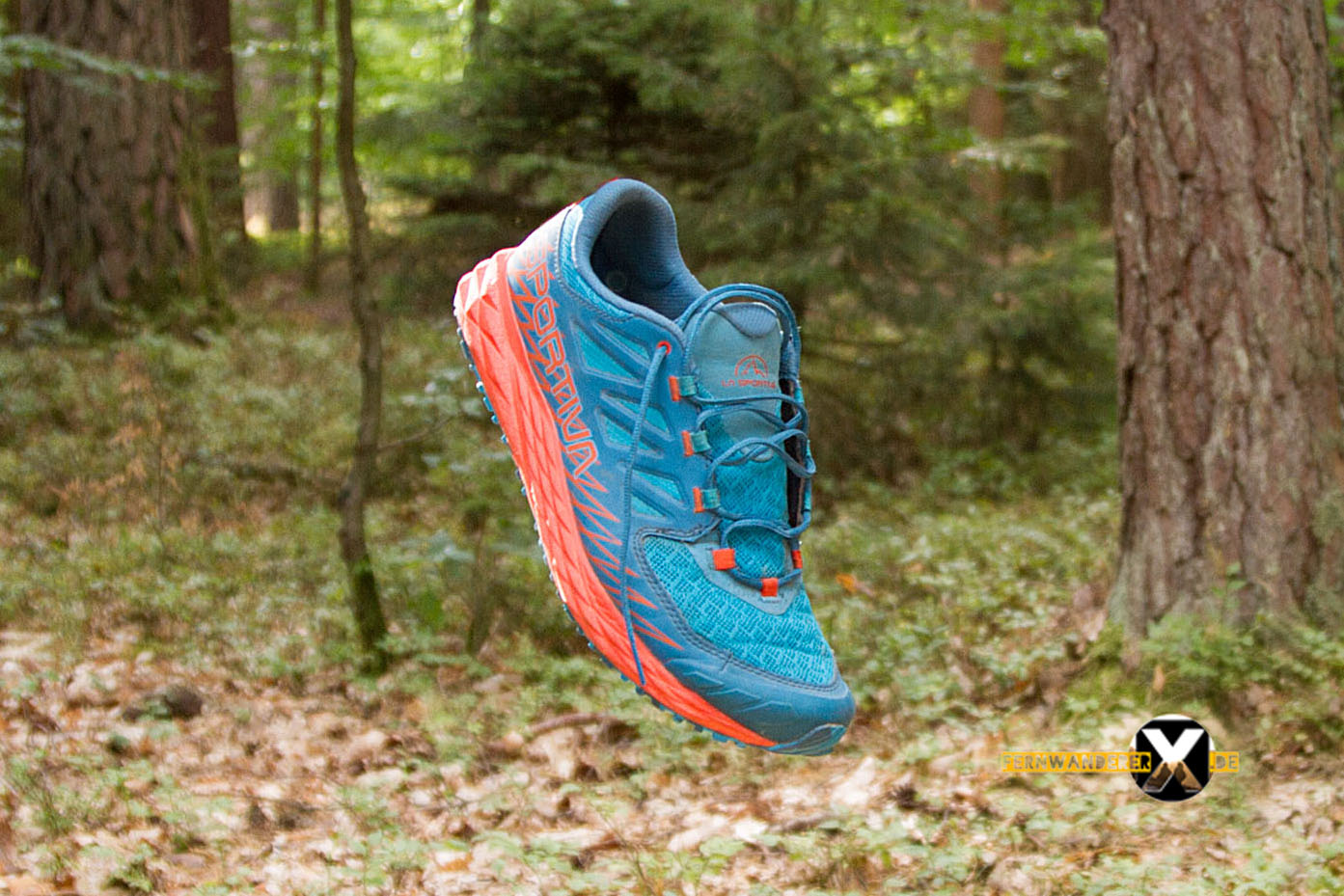 I’ve run the Lycan now over 100km. On dusty PuTTY SSH ProxyCommand ↗ , rocky and graveled trails aannnd on the road! W obei I really avoid road races but also on the road were 5km to the trail no problem. Normally I take asphalt by mountain bike.

The sole:  The Friction Blue sole, which currently represents the most abrasive in the mountain running series Is fantastic.

So far, I could only detect minimal signs of wear. Really minimal. Despite asphalt runs.

The given terrain is:  trailrunning – training – skyrunning but mainly off-road.

That’s what I would like to confirm on really all the surfaces, the lycan has proved to be extremely good as long as it was dry, but it just did not rain, not a drop, in the days when I have the shoe.

Vertical runs on dust , stone and grass worked very well with Lycan. However ,  “my”  heel slipped a bit when loosely tied shoe. I had to tie the laces very tight at the beginning, but after 80km of entry this had happened .

The cushioning  : people when I run a running shoe on the street, except barefoot shoes, then it means that absolutely anyone can.

The cushioning of the injected midsole is absolutely great . La Sportiva places the Lycan in the middle distance .

I would run with it for longer, too . But not with the Ortholite insole . I just do not like them . A matter of taste…

The sole  : is slightly warp-resistant , which gives a good propulsion but still you can feel the trail which is very important to me personally!

The drop … 6mm between 0 and 6mm I feel very comfortable personally I can only say you have to try it!

The processing of the La Sportiva LYCAN … the processing … what can I say …  my first! yes, my first Lycan was not well sewn. The seam of the laces was unfortunately not completed properly and on one side even the whole thread came off the holes. Since I have already sewn, I know that this can happen once before .

Whether this came from the sewing machine or I got stuck on a stone? I can not answer that. I quickly got another shoe.

The king is dead, long live the king. I got a pair of replacement shoes without arguments! Swam over it!

The rest of the La Sportiva Lycan is .  The toe box is spacious. So that downhill is enough space in it. I have a very wide foot and through the seamless circulation , except for the toe box. I have no problems with my broad feet .

But remember, La Sportiva shoes are very small … so measure feet correctly or off to the store.

The Mesh : could in my opinion be robust or as in the mutant or Tempesta etc with his plastic coated. Then he would also be suitable for cross-country runs. Would however not an easy summer shoes more …

Despite the flaws that showed up in my first couple,

It is my new favorite shoe for all lay as long as it is dry.

do not have any problems with the Lycan.

I’m looking forward to the next 100km!