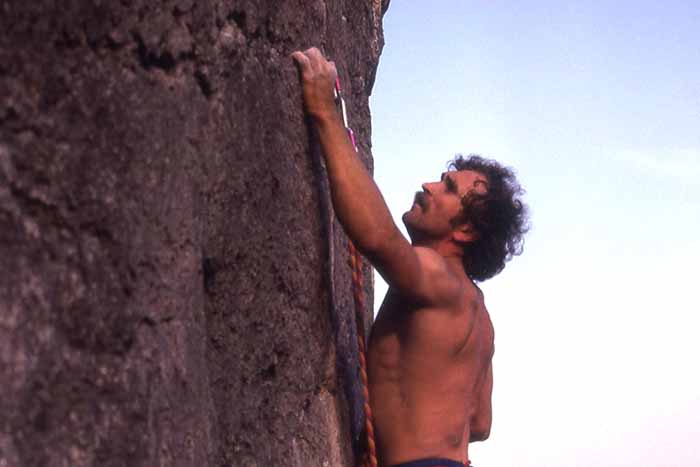 Kurt Albert a climbing legend from the Frankenjura

Kurt Albert honored with the Silver bay leaf ↗ , the highest sports award , the one in Germany can get. With him were Wolfgang Güllich and Sepp Gschwendtner this award.

Kurt Albert the climbing of his time , as well as shapes of our time . After a visit to the Saxon Switzerland in the climbing thing already “free”, he made the decision did the technical climbing leads to a dead end . After this visit to the Saxon Switzerland which the Rotpunkt born climb . Kurt began after this visit i m north of Franconia Jura without hooks to climb aid and labeled by Ascended routes me a red dot at the entrance . This was the birth of the red dot / Redpoint climbing . This method of route markerwithdrew from Franken over the world!

In Numerous films you sense what a person what Kurt Albert.

* This is at least my impression.

His death on September 26 2010 shocked the Alpine world. Kurt Albert died in a climbing accident in his Franconian homewhile committing the  height luck climbing.

More information about the accident by Kurt Albert, lake Klettern.de ↗

Below I am looking for films by and with Kurt Albert

to on my blog Kurt Albert to commemorate!

His most famous movie is probably ” Fight Gravity his”

In Which the red point climbing is pursued to its origin.

His load participate in a film Expeditions

“Raiders of the moment”

together with Stefan Glowacz and Holger Heubner

If you still find more movies with and about Kurt Albert

I would be very thankful!