and of course it was anything other than intended 😀 by 2014

Departure was Friday 18:30, the train ride was OK no incidents and complain at 23 € is not really a must! (The good old Bavaria-Ticket DB makes it possible) arrival in Berchtesgaden to the fabulous time about 0:30, now Berchtesgaden is well known and also nice but no wonder there is no gas station, no local (one exception is same) near the station of the small four-track station, of course, did not have a vending machine where you could still buy a water fast or the like. (I love those stations)

Opposite the station, the tourist office is located on the territory card is for orientation in Berchtesgaden. The guest houses, hotels etc are all listed all the possible languages ​​are available but again no hostel, not a hotel, no gas station that is open at night. Frustration was felt by me, put only once and smoking!

I looked from the tourist-info a bit to; all very nice one road led up one down as it is with roads so be it. A deep breath, the last sip of water I have it now slips down my throat and the fear that I will not grow old here creeps in. The reasoning sleeping bag or go at night has begun. I Strap on my backpack put the belt on and make myself clear once again that I now seeking a place to sleep. I walk off, before once again to the weather forecast the tourist info, so everything fits as well as on the DAV side sunshine 12 hours perfect conditions for the rise.

In the very last corner next to the bus station in Berchtesgaden to the citizens King, a hostel! Which is light on still, deep breath a little easier, so over to the hostel.

Alright check in until 23: 00h, sighs. Again a smoking before the Burger King, after the first few minutes, an employee of the restaurant check-in joins them, but still possible! OK OK … that’s then already times OK, the check-in desk is in the civil King Restaurant! Fast form and check-IN fill out forms Done. I will be accompanied up in the real hostel.
However accompany me at once two people up talking to each other in another language. One in front of me one after me! I’m running it cold down the back, we all know the movie “Hostel” and exactly in this I find I am just in my thoughts trains !!!
You hear so much of backpackers what’s happening, but I shall be very quickly. Because I realize that it’s not really a danger would be if the two want to take in the direction of the film something.😀 😀 😀

The stairs in a very nice clean atmosphere, wooden floor and Modern furniture in the hallway with seating etc. accompany me to the four-bedroom lock it me tell me the sanitary facilities and this all super friendly! I lie down on the comfortable mattress put my phone quickly and go into offline mode. The plan is to 4am from Berchtesgaden to Ramsau to run there then tackle the Wimbachbrücke advancement for Watzmannhaus.

I look at the clock of course I slept through it is 07:42, attract pants, dress brushing teeth, on, give keys and start walking!
A beautiful day I walk the road to Ramsau along and still think my 4km you have still the same. Well think again it struck 10km I would have gone there with a 10-kilogram backpack …
So chose the way to Schönau am Königsee there it’s all about the Kührointhütte the Watzmann.Den way to Schoenau is quickly completed, and also a beautiful off the view of the Watzmann and the surrounding mountains are beautiful!

Schoenau quickly grabbed a pretzel (15min Rießen crowds at 4m²) and the mountain on the rise in Schoenau already up is not without, mainly because I go to the on paved because detest with the hiking boots! After 5 minutes a few “Einheimsiche” took me by car up to the greenstone parking, just 2km. There I thanked him, planning a short conversation about my, the two told me once that is understood without skis not to create it.

I thought yes yes klaaaar and but also tell them the same that I will take a risk in any case! (And this is really so!) Next up on the beautiful paved road to the Forest Service, as on all sides of the Watzmann’s go the first kilometers up tight and always on paved road. The path winds its way gradually over through the forest on greenstone. I have unfortunately not a lot of photographs from the climb as I there in my own world was rather 😉
short before Stubenalm it started with snow slowly increasing to 20cm.

Here also the first increase in the ordinary hikers in summer starts should already enforce; the difference to summer to winter, however, should it be only by the skiers this departure have as the end of the departure of the Watzmann Gugl as an end point, and thus the way was partially smooth as glass.

It continues to Mitterkaseralm there I could now cattle fences identify their top even pointed out the snow from my summer celebration I remember the lay this on my hip.

At the Mitterkaser past I heard an animal noise of course got my frenzy and deal !!! The first time in my life I saw a grouse of there was his territory and so did insisted loudly. Unfortunately, it is estimated to spring out his territory probably embarrassed by the stronger inspection of the way.

“Seppi” A grouse I simply baptized, then moved me a good 15 minutes to his spell when I had a good photograph I allowed him back his serenity, not forget the animals in the national park precedence!

Continue to Falzalm, this increase was also groomed through the forest with serpentine because I was late so good three hours off the snow was of course already softened and here I started the first time to bag, to just above the knee. This made the rise gradually to a painful procedure for me. Not only because the 10 kg rucksack and walking distance of 10 km from the boarding. However, there was of course to enjoy a entlohnende landscape. The hardships all bet Make again! Silence, snow and mountains do not I need more!

Arrived at the Falzalm a break for a drink, had long been nothing left in the bottle, however, was also planned so but it was warmer as hoped! The Watzmannhaus in view, it is now almost done but the serpentine stretch along the slope and this way is not to be underestimated, especially not when 5 times to the hip to sink every 10 steps! This really forces consuming and I overslept my verteufle of the morning! It is not a bit more frozen snow left thus the sinking of course is inevitable, of course you have to say that this is the east side of the mountain and the complete abbekommt tomorrow sun!

see. At least here I would say everyone who has no experience on the mountain, “Come Sneak down” Because if now in this way an icy passage appears skid man just anyway to Falzalm down. Everything not comparable to knock the summer boarding and here began once my heart! Unfortunately, the slope of the rise is not over on this photo!

Done ! When I reached the front of the Watzmannhaus, in winter you go on the “terrace” up behind the house, I was not alone …

and now begins a story, the private remains 😀it was a very successful evening and a successful tomorrow! We went for me then only the next day down. Since I already suffered a cramp in his thigh on the approach to the Falzalm. Still makes me cringe today, so I did not have a cramp in the last 5 years!

I hope you enjoy now the impressions and do not you forget this tour in Berchtesgaden National Park is located and the roads should by no means abandoned.

Can I now recommend some good further !!! 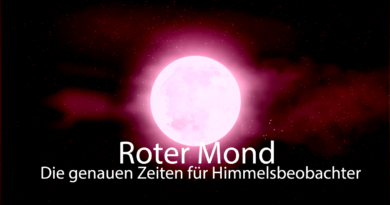 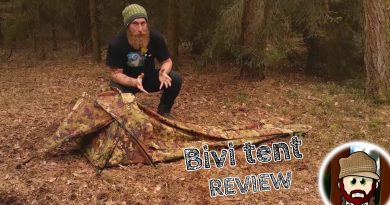 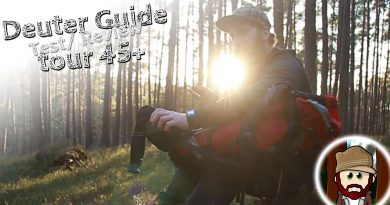